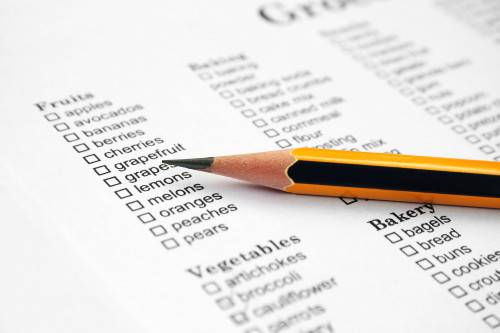 This food list will be the start of your journey to gain control over your symptoms. The dynamism of the world of food means that there are constantly ongoing research projects which affect the way foods are perceived, received and accepted. We at HIT Awareness campaign plan to keep you updated with such modifications as they relate to food intolerances – in particular HIT.

By way of a reminder, the food list – or even any other food lists you will come across via different resources such as the internet – are ONLY to be viewed as a form of guidance, and not as authorities in themselves. This is because many HIT sufferers have to cope with multiple intolerances, such that commencing an elimination diet without a diagnosis by a doctor and consultation with a dietician is not advisable.

If you abide by this guidance, you should be able to notice a positive change after about 4 weeks of the elimination diet.

HIT sufferers have different thresholds, i.e. tolerance levels, so the next step after completing a successful elimination diet is to establish your threshold level, with the aim of gradually improving it over a period of time.

If you have ticked all the boxes up to this point, then we suppose it is safe to wish you the best towards a better quality of life.

It is important to eat foods that are low in histamine levels in accordance to your threshold. Please always remember that there is no such thing as an “histamine-free diet”!

Here are some general pointers:

Foods that have been reported to have lower histamine levels and are thus to be preferred:

Foods that have been reported to have higher levels of histamine:

Foods that have been reported to have released histamine (histamine releasers):

Foods that have been reported to block the diamine oxidase (DAO) enzyme:

An elimination diet takes around 4 weeks. By then you should feel a lot better. Then it is time to figure out your personal threshold.