When eating becomes a science… . 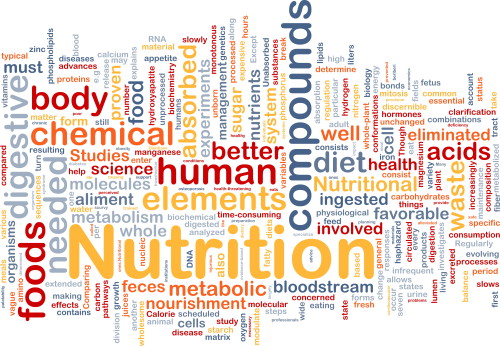 Here is an article published by the Wiener Zeitung (Viennese daily paper) in Austria. It raises several points I thought would be interesting to read and could be very helpful for others, so here is the translation.

Around 30 per cent of the population cannot tolerate fructose.

The food industry and gastronomy are reacting gradually.

Never again strawberries, and ice cream is absolutely taboo: the diagnosis of food intolerance often hits patients hard. Rosa Costa also says that it was as if she had received “a life sentence” when she was diagnosed with fructose and lactose intolerance: “I would rather have had a tumour. They would at least have been able to cut it out.” Nowadays she avoids fruit and vegetables with a high fructose level, as well as milk products. If she does eat them then she gets an upset stomach.

As opposed to allergies, food intolerances are not a matter of immunology. Lactose intolerance, for instance, is caused by a lack of an enzyme, lactase. It is either congenital or can be the result of an illness that causes diarrhoea or a salmonella infection.

Flatulence, headaches, hot flushes: it often takes years, because of the diversity of the symptoms, to reach a diagnosis: “Many patients don’t know that diarrhoea and flatulence are not normal and that they don’t have to suffer from them,” says Sonja Schnürl-Hofmeister, a doctor specialising in food intolerances. She says: “My patients often have an odyssey behind them. Many doctors are insufficiently sensitive to the subject and dismiss the symptoms as psycho-somatic.” Costa also sees “a grave degree of ignorance” among doctors. On the other hand, it is hard to self-diagnose an intolerance, which is why Eva Untersmayr-Eisenhuber, allergy researcher at the Vienna General Hospital (AKH), insists that if there is a suspicion of an intolerance a specialist must be consulted.

“Rethink the image of healthy eating”

When intolerances have been diagnosed then patients often have to rethink the image of “healthy eating” they had up to now. Costa is sure that “there are no generalised health norms.” After all, she had to take fruit and vegetables off her menu. For her, a food intolerance is a “socially acceptable form of an eating disorder,” and thus justifies you being busy with food all day long. She found it particularly difficult to find out what she could eat and what, even today, she refuses to eliminate from her diet – such as wine. In this case she resorts to supplements. Doctors, however, only recommend you do this in exceptional circumstances.

The most commonly diagnosed intolerance is that of lactose; between 10 and 30 per cent of the population suffer from it. The food industry has reacted to this: lactose-free butter, cheese and yoghurt are now available in practically every supermarket, and are certainly available in health food stores. More and more restaurants are offering vegan dishes in particular, made with no animal products and thus lactose free.

However, in the case of the less common intolerances, this range of products rapidly declines, also probably because the fructose content of foodstuffs is difficult to estimate, as well as the levels of histamine. Between five and seven per cent of the population are known to suffer from fructose intolerance and around one per cent of Europeans have histamine intolerance – though the number of unrecorded cases is estimated to be much higher.

It gets tricky when someone has several intolerances: if, for instance, you can’t tolerate any milk and any gluten, then baking or eating out becomes a challenge. But here, too, the range on offer is growing: in Vienna, in the fashionable “Fett und Zucker” café they offer lactose free poppy-seed and damson jam cakes, and in the old, traditional Landtmann coffee house there is an increasing demand for cakes and pastries that are gluten or lactose-free. But the range on offer is limited: lactose-free apfelstrudel, gluten-free saddle of venison – that’s it. And the “Eis-Greissler” ice cream salon on Rotenturmstrasse, recently re-opened, has varieties of ice cream on offer that are lactose free – for instance strawberry ice cream.

For more information on different food intolerances you can also have a look at the Food Intolerance Network (powered by volunteers).