Food test instead of abstinence – on the brink of a breakthrough?

You are here:
October 1, 2017UncategorizedBy genny 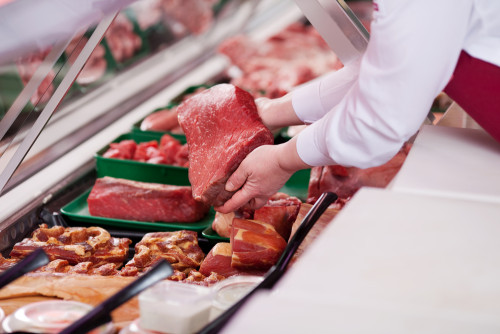 The German Federal Ministry for Education and Research reports on its website that a fast food test is due to go on the market within the coming year.

The article states that in Germany there are more than 2 million people suffering from Histamine Intolerance. Palpitations, stomach pain and rashes are the consequence. Researchers from the German university town of Tübingen have developed a fast test which will determine the histamine level in food the Federal Ministry reports.

A glass of red wine, matured cheese, a couple of slices of Parma ham – these are the culinary treats which are not a problem for most people. However, it is a problem for those suffering from Histamine Intolerance who react to those foods with symptoms such as cardiac arrhythmia, gastrointestinal complaints or skin rashes. With the help of a new fast test those affected can determine the histamine levels of different products before consumption, the article claims. This would help to raise quality of life.

The article explains known factors that trigger symptoms such as foods that have been produced with the help of prolonged fermentation processes such as certain wines, fish and cheeses as well as Sauerkraut. It clarifies that the histamine levels are highly variable depending on the type of product and its storage. Because of this the same type of cheese can have varying histamine levels. The article explains that histamine as a neurotransmitter is involved in the human body in different processes such as the sleep-wake cycle, allergic reactions or inflammation. It is not just produced by the body itself but also enters the system via consumption of many foods and drinks. Histamine is normally broken down by enzymes in the intestine. In the case of an intolerance the degradation is malfunctioning, for which reason a larger amount of histamine will build up.

The article further explains that this will severely affect the quality of life. Histamine Intolerance can manifest itself in the form of many symptoms that mimic those of an allergy. Some of these are migraines, urticaria, swollen eyelids, eczema, and gastrointestinal complaints. A clear diagnosis is difficult to accomplish. Symptoms usually appear 2 hours after a meal, the article claims, and usually last half a day. If those affected want to play safe then they have to comply with a strict diet. “Quality of life is very limited, and deficiency syndromes can appear, therefore it is important to help,” says Christoph Pfefferle, who is currently preparing the formation of a company (ELEFA), which has developed the fast test for histamine levels in foods.

Until now it has only been possible to determine histamine levels in a lab setting. The new fast test will enable those affected by histamine intolerance to test a product quickly and on-site. The test is the same size as a pen. With a punch unit at the tip the user can take a small sample from a piece of cheese, for example. A special fluid extracts the histamine from the sample. This will then be put on an integrated test-strip, which will show whether the sample of food as no, little or a lot of histamine in it. “The principle can be compared to a pregnancy test. The result can be seen within 5 minutes”, Pfefferle explains.

The test can, however, not give an authoritative recommendation because the histamine threshold of each individual is different. “Those affected will need to judge on the basis of their experience what they can tolerate and what not. They will also need to calculate in what they have already consumed otherwise”, Pfefferle says.

The article mentions that the test could have the potential for further usage. This includes sampling of fish and wine products. Higher dosages of histamine can lead to symptoms of poisoning such as for example those of fish poisoning. The fast test could provide information if a fish product sold over the counter is harmless. In wine production the test could be used too. Wines with a high level of histamine are of inferior quality and could already be separated out during the manufacturing process.

The article informs that the food test was developed at the Natural and Medical Sciences Institute (NMI) at the University of Tübingen. In 2010 the idea was born at the Innovationsakademie Biotechnologie (Innovations Academy Biotechnology). The German Federal Ministry for Education and Research (BMBF) had invited researchers, experienced economic experts and creative lateral thinkers with interest in creating new business to this two day event in order to develop new product and business ideas. Without the 650.000 Euro funding by the BMBF for the necessary work on research and development there would be no prototype as of today. In the course of the coming year the test should come onto the market. At that point people affected by Histamine Intolerance could be able to test their foods and, with the right results, be able to eat the products without worries, the article claims.

Please be so kind and quote this website as well as the sources above if you are using any of this information.