You are here:
March 17, 2020UncategorizedBy genny 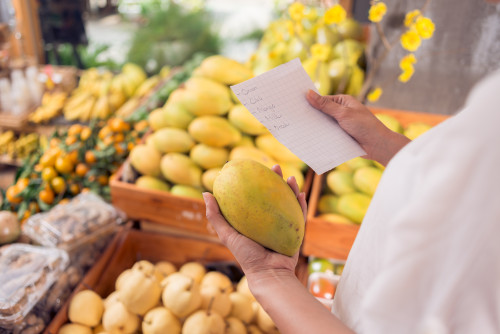 The internet can be a wonderful source of information but it can also lead to a lot of confusion. Here is the myth buster.

NOT a myth: HIT is caused by the inability of the body to break down histamine sufficiently. This is because of the reduced activity or presence of an enzyme called diamine oxidase (DAO) which is mainly responsible for breaking down histamine and other biogenic amines ingested through food.

Myth: All people with HIT have to avoid all high histamine foods for the rest of their lives

Not all people have to avoid all high histamine foods for the rest of their life. Many people have what is called a “temporary histamine intolerance”, for example because they had a bad case of diarrhoea, or a “secondary histamine intolerance” which is triggered by the symptoms of another condition, such as for example other food intolerances like fructose malabsorption or lactose intolerance.  In many cases the individual threshold of a person can go up, and it is even possible that the body is able to heal and the HIT goes away completely. Once diagnosed with HIT – which involves an elimination diet as part of the diagnosis procedure – the trick is to re-introduce foods one by one and test them in the testing phase with the help of a food diary, to see if they can be tolerated. It is highly recommended to consult a dietician.

Myth: When symptoms go away with the help of a low-histamine elimination diet then this confirms histamine intolerance

The elimination diet (of 2-4 weeks) does not confirm HIT as such, but is a very important indicator that the cause of symptomscan be related to histamine. However, it does not confirm a diagnosis. It helps to point in the right direction. It is possible that a patient who has gone on an elimination diet, and is successful in reducing symptoms, has an allergy to one or two foods they have started to avoid as part of the elimination diet. Not a bad result as such, but such a person will avoid many foods unnecessarily. Additionally they will leave an allergy undetected.  It is extremely important to also check the possibility of an IgE-mediated allergy.

Myth: Histamine intolerance is an allergy to histamine

Myth: If you are diagnosed with HIT you should avoid all fermented milk products at all times

This is not necessarily true. It depends on the individual threshold. Many people are able to tolerate butter, crème fraiche, yoghurt and mild cheeses, for example. Once done with the elimination diet, individuals need to test which products they can tolerate during the test phase. Negative reactions to milk products might be connected to cow’s milk allergy or lactose intolerance. If an individual is unable to tolerate even fresh milk, then it is highly likely that the reactions to milk are caused by another condition.

Myth: If you have HIT you can’t use perfumed cosmetics and creams

People with HIT do not automatically have to avoid all perfumed cosmetics and creams. HIT is caused by the conditions described above (at the very top of this page), and not by perfumes or creams you put on the skin. Some HIT sufferers, however, do experience skin problems and swelling as a main symptom. Those belonging to this particular group need to talk to their dermatologist to give them advice on what to use in their particular case.

Myth: You can’t use creams or perfumes that contain high histamine food ingredients

Again, HIT is a problem caused by the dysfunction of an enzyme inside the body which is responsible for breaking down ingested histamine and other biogenic amines. Your skin is not a part of your digestive system. If a person has an additional condition such as a sensitivity (which triggers the release of histamine from the mast cells for example) to certain chemicals this should be seen as a separate issue, but not be confused with the symptoms triggered by HIT. If someone else says they have that problem, it does not automatically have to mean that it applies to you.